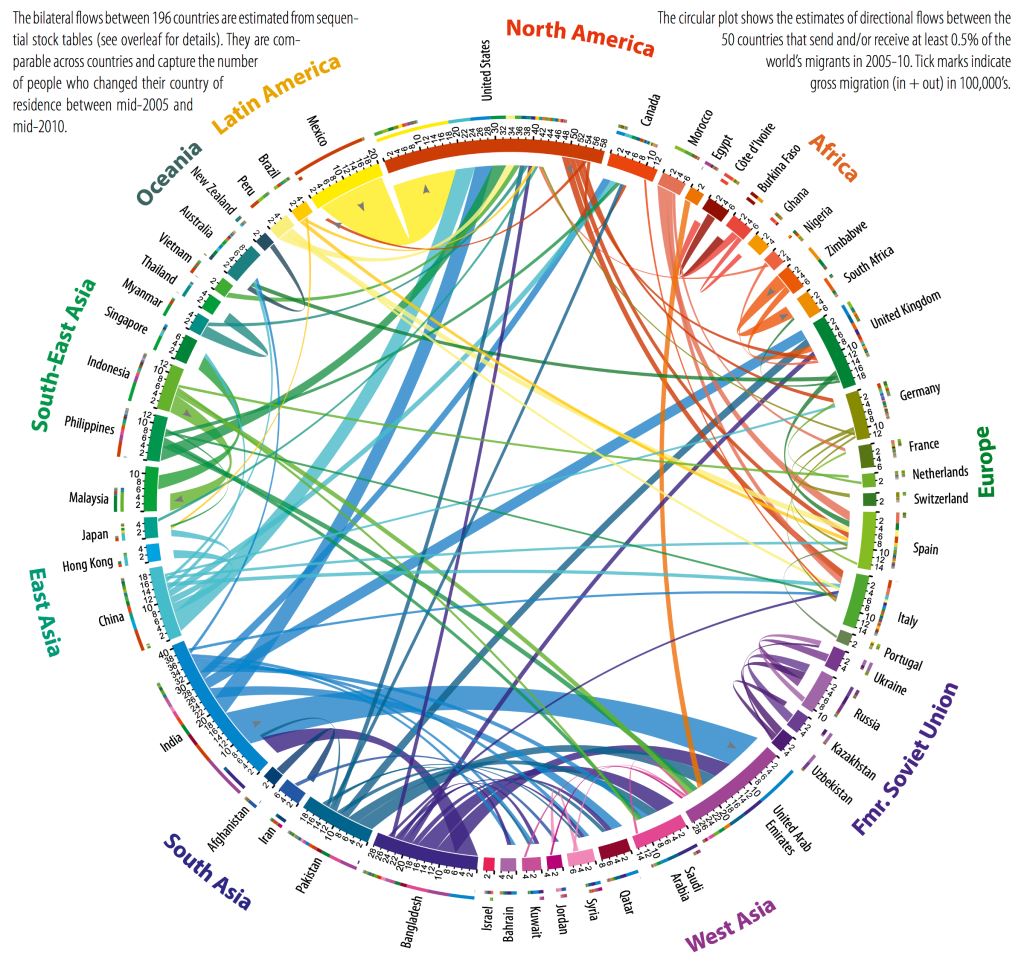 World migration is not a typical topic on my mind. However, the immigration from Mexico to the US is. You see, I was raised in a city less than 20 miles from the Mexican border. My parents still live in Sierra Vista, ground zero for the illegal immigrant movement and the border patrol. So immigration is a topic that catches my attention.

It turns out there is a really cool chart (which I’ve included below) that shows where the world is migrating. There are a few interesting nuggets that come from this graph and I have highlighted them below. One key item is that the migration from Mexico to the US is the number one migration.

As a bonus, I have included another eye-opening chart at the bottom. If you scroll down you will see the number one country where legal migrants are from—state by state.

Where Everyone in the World Is Migrating—in One Gorgeous Chart 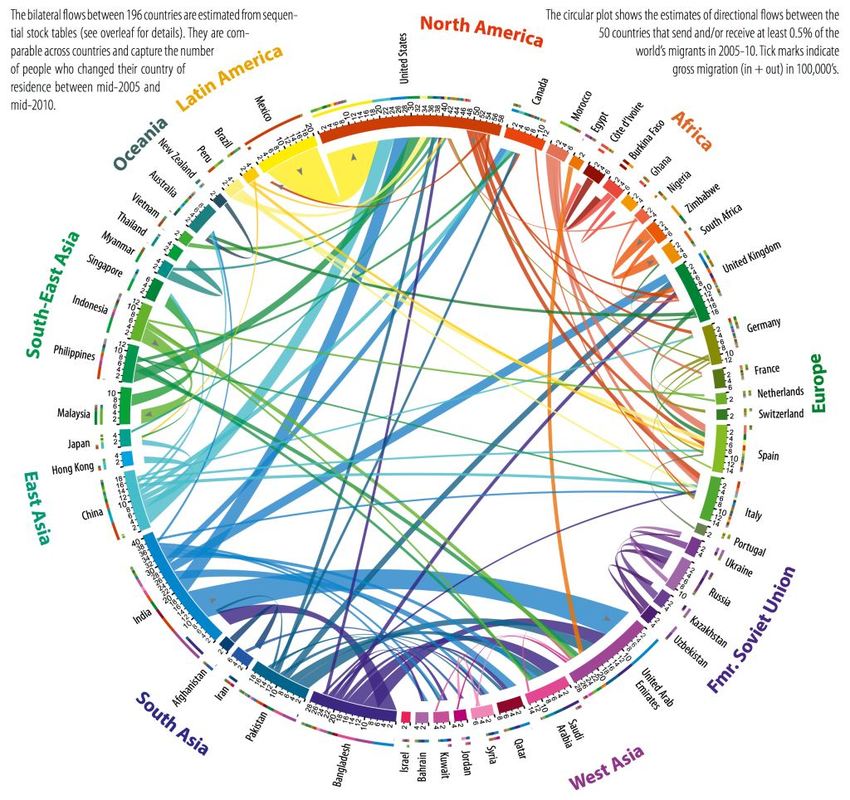 It’s no secret that the world’s population is on the move, but it’s rare to get a glimpse of where that flow is happening. In a study released in today’s Science, a team of geographers used data snapshots to create a broad analysis of global migrations over 20 years.

The study was conducted by three geographic researchers from the Wittgenstein Centre for Demography and Global Human Capital in Vienna. The researchers presented their data in five-year increments, from 1990 to 2010. Their research is unique, because it turned static census counts from over 150 countries into a dynamic flow of human traffic.

Migration data is counted in two ways: Stock and flow. “The stocks are the number of migrants living in a country,” says Nikola Sander, one of the study’s authors. Stock is relatively easy to get—you just count who is in the country at a given point of time. Flow is trickier. It’s the rate of human traffic over time.

Keeping accurate account of where people are moving has stymied the UN, and researchers and policy-makers in general, for a while. The European Union keeps good track of migrant flows, but elsewhere the data are sparse. Static measurements are plentiful, but it is hard to use them to get a picture of how people are moving on a broad scale, because each country has its own methodology for collecting census data.

Last year, however, the UN brought stock data from nearly 200 countries into harmony by erasing the methodological seams between them. To turn this stock data into five-year flow estimates, the researchers used statistical interpolations from stock data from the UN, taken mostly from 10-year country censuses, but supplemented with population registers and other national surveys.

It’s not the poorest who migrate the most

While the results of the migration study aren’t particularly groundbreaking, there are two interesting insights:
1) Adjusted for population growth, the global migration rate has stayed roughly the same since around  since 1995 (it was higher from 1990-1995).
2) It’s not the poorest countries sending people to the richest countries, it’s countries in transition—still poor, but with some education and mobility—that are the highest migratory contributors.

“One of the conclusions they make in the paper, is the idea as countries develop, they continue to send more migrants, and at some point they become migrant-receiving regions themselves,” says Fernando Riosmena, a geographer from the University of Colorado, who did not contribute to this research, but is collaborating with one of the authors on a future paper.

A few other noteworthy results:
1) The largest regional migration is from Southeast Asia to the Middle East. This is largely driven by the huge, oil-driven, construction booms happening on the Arabian Peninsula.
2) The biggest flow between individual countries is the steady stream from Mexico to the US. (In fact, the US is the largest single migrant destination)
3) There’s a huge circulation of migrants among sub-Saharan African countries. This migration dwarfs the number leaving Africa, but the media pay more attention the latter because of the austerity-driven immigration debates in Europe.

Explore the world of migration

The data aren’t perfect. Riosmena points out that in countries that especially dislike migrants, like the US and Europe, numbers are often underreported. Still, he says, the data are a very good indication of the general trends.

Also, amateur data sleuths be warned: Because these flow estimates are taken from 10-year static counts, they cannot be compared to the annual migrational flows that the UN publishes (which, as mentioned above, cannot be used to compare between countries).

Sander says she hopes her data will change the way other researchers approach migration. “Inside the discipline, we hope that it’s going to be the basis for subsequent analysis of the impact of migration on population, on economies, on aging.” Sander and her colleagues have lined their data up with global remittance flows, and are analyzing what kind of patterns they can find therein.

You can explore for yourself how regional flows have changed over the past 20 years with this awesome interactive, from Sander and her co-authors, Guy J. Abel & Ramon Bauer. 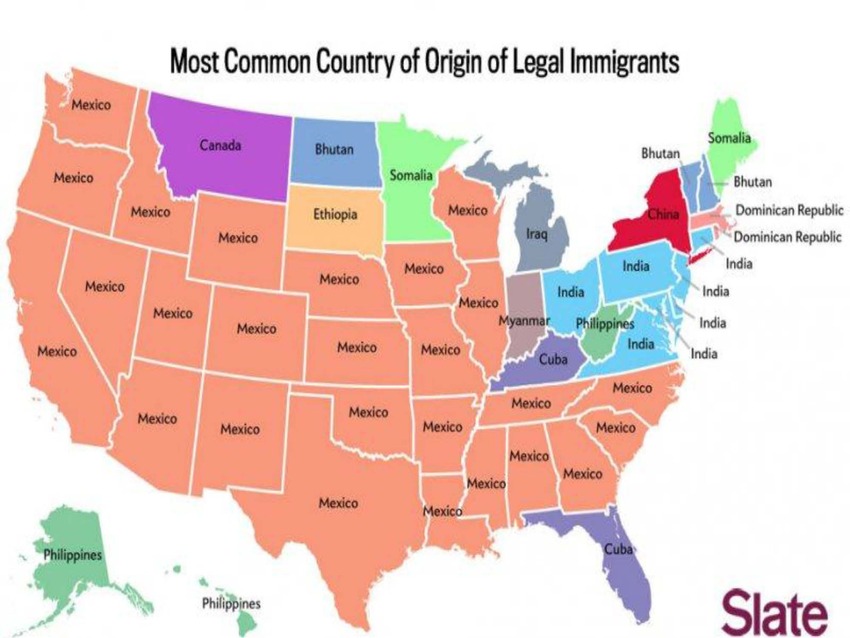