Valued Customer–In my pursuit to provide the most informative narrative of office buildings, space, representation, and in general, interesting articles, I never thought I would be sending something with buildings in the shape of a shoe, a piano, and a picnic basket. Well, I am and here they are below – the “Top 20 Most Unusual, Unique and Exotic Buildings of the World.” This is just a fun scroll-down. Be sure to go to the bottom, because if you’re like me, I had never seen The Library in Kansas City. As always, you get my favorite: Museo Guggenheim in Spain. WOW.

We are beginning the year with some cool additions for you to take advantage of. On the top right, you can now click on our Facebook page (please “Like” us). This is not a boring, run-of-the-mill corporate page. We post our narratives AND other articles that do not make the cut here. I am confident you will like what you see if you are a Facebook activist. If you follow Twitter, you can now follow us. We have a cool Aphorism of the Week we send out on Mondays and at least two other interesting tweets per week. Google+ is now becoming more user-friendly. We have our page fully operational and easy to use. We spent the last year filling our pages with interesting and informative material. Take a look.

Top 20 Most Unusual, Unique And Exotic Buildings of the World

Please find below the collection of top 20 Unusual and Unique buildings, monuments of the world that will definitely make you crazy to think about its architecture. 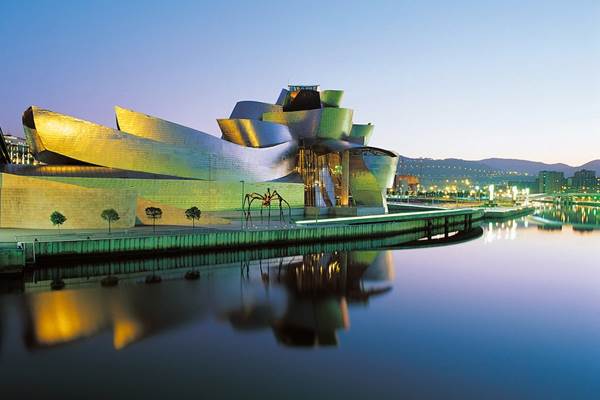 The Piano House in China isn’t a house at all but an office building shaped like a giant violin leaning on top of a giant piano. This is the world’s most exotic buildings probably the usual square skyscraper, a perfect symbol of great architecture. 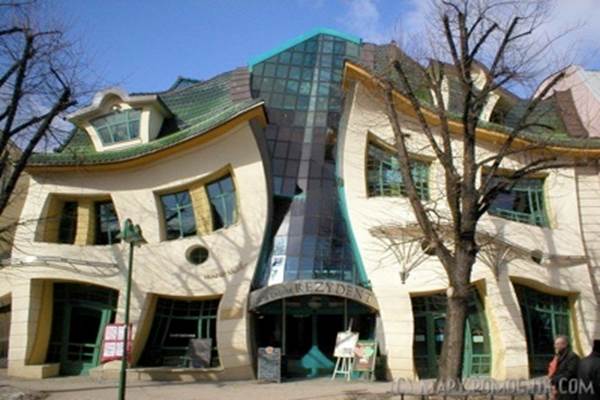 The “crooked house,” located in Sopot, Poland, was constructed in 2003. The building’s architecture is based on Jan MarcinSzancer (a famous Polish drawer and child books illustrator) and Per Dahlberg (Swedish painter living in Sopot) pictures and paintings. 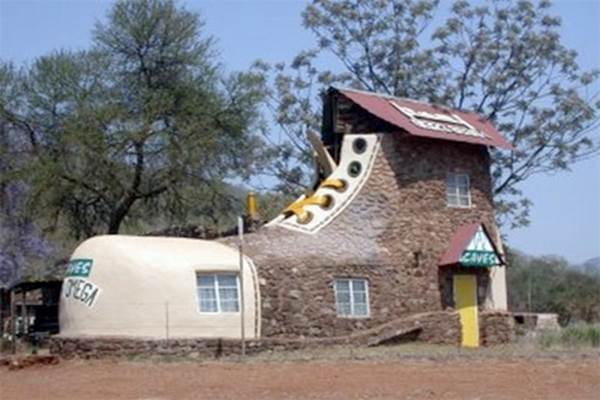 The South African shoe house, in Mpumalanga Province was built in 1990 by entrepreneur and artist Ron Van Zyl, is one of the many shoe-shaped houses in the world. The interior and architecture is a museum of rock and wood carvings made by Van Zyl himself. The Shoe is part of a bigger project, which includes a camp site and a chalet guest house, a restaurant, a bar, a pool and a shop. 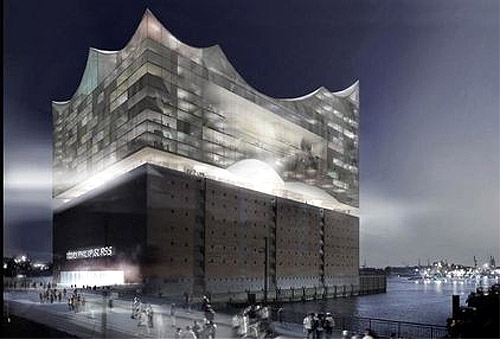 The gritty site of Jacques Herzog and Pierre de Meuron‘s Elbe Philharmonic is a pier at the edge of the industrial harbor on the Elbe River in Hamburg, Germany. The Swiss architect proposed to place the translucent glass hall directly atop an abandoned 1960s brick warehouse at the end of the pier . The warehouse serve as a parking garage. The hall resembles a ship drifting in the harbor. 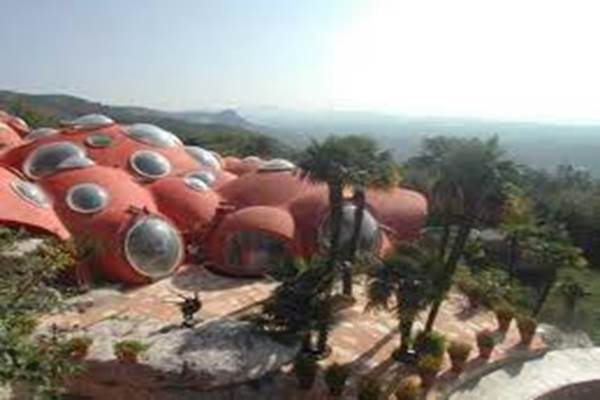 The Bubble House in France was designed by an Architect, Antti Lovag, a pioneer in ferro-cement design. The concept of organic architecture by shapes and forms found in nature inspired him to create this design. His famous work in the French Riviera, called Le Palais Bulles (“The Palace of Bubbles”), which he designed in conjunction with Pierre Cardin. 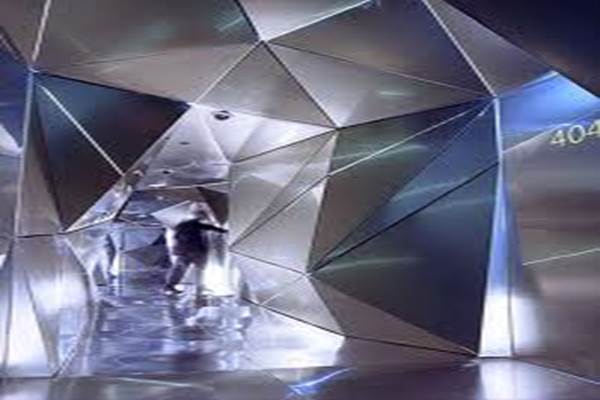 Hotel Puerta America is unlike your typical hotel, was completed in Madrid, Spain, in 2005. This hotel commissioned a different architect to design each floor was conceived as an architectural showcase. Each floor was outfitted by different world-renowned architects, including Foster and Partners, Zaha Hadid, David Chipperfield, John Pawson, Jean Nouvel and Ushida Findlay. For the design of the fourth floor of the hotel, Plasma Studio created as a series of crystallized spaces, with fractured and distorted rooms and hallways. 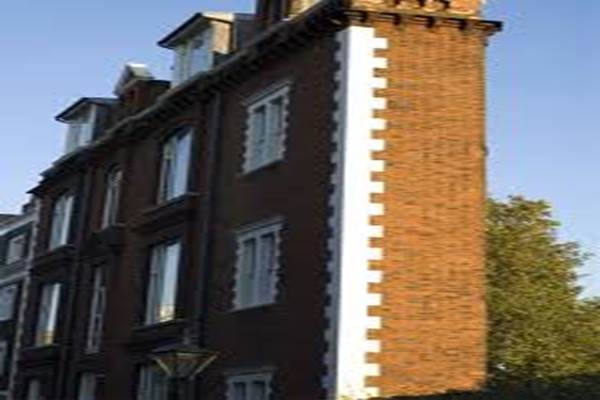 This particular Thin House is located in London, UK. Though there are quite a few thin houses that exist around the globe. 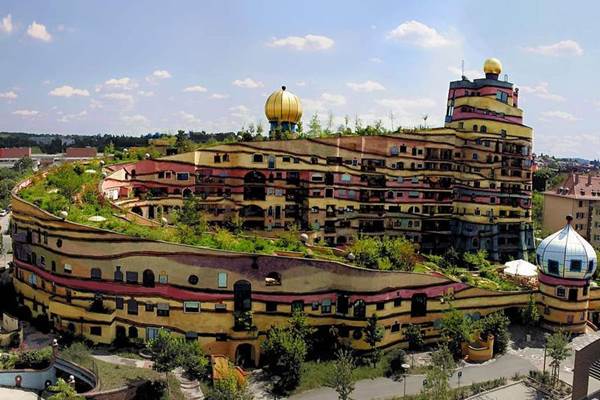 The “Forest Spiral,” is a residential building complex in Darmstadt, Germany. This U-shaped building’s unique facade does not follow a regular grid organization, and the diagonal roof — planted with grass, shrubs, flowers and trees — rises like a ramp along the U-form. The building has 12 floors. The building was designed by Viennese artist Friedensreich Hundertwasser, completed in 2000, built by the Bauverein Darmstadt company, and planned and implemented by the architect Heinz M. Springmann. 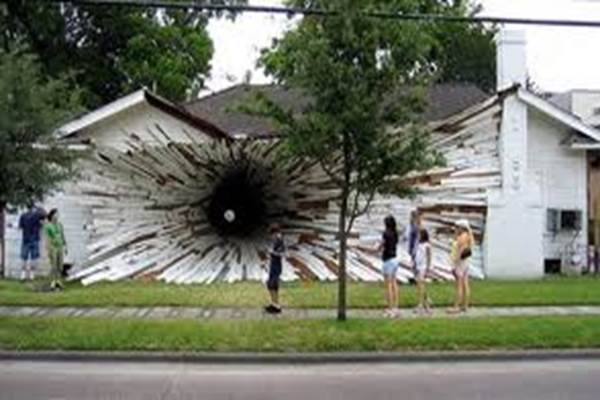 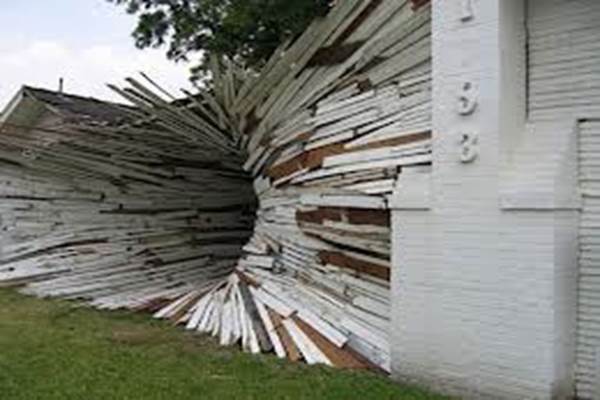 The exterior and he interior skin of the house was peeled off and used to create the narrowing spiral as it progressed eastward through the small central hallway connecting this building and another, exiting through a small hole into an adjacent courtyard created by an artist Dan Havel and Dean Ruck in a large funnel like vortex beginning from the west wall adjacent to the street.

The Guggenheim Museum Bilbao, designed by Canadian-American architect Frank Gehry, built by Ferrovial, is a museum of modern and contemporary, Basque Country, Spain. It is built alongside the Nervion River, which runs through the city of Bilbao to the Atlantic Coast. This is one of the most admired works of contemporary architecture and this museum was the building most frequently named as one of the most important works completed since 1980 in the 2010 World Architecture Survey among architecture experts. 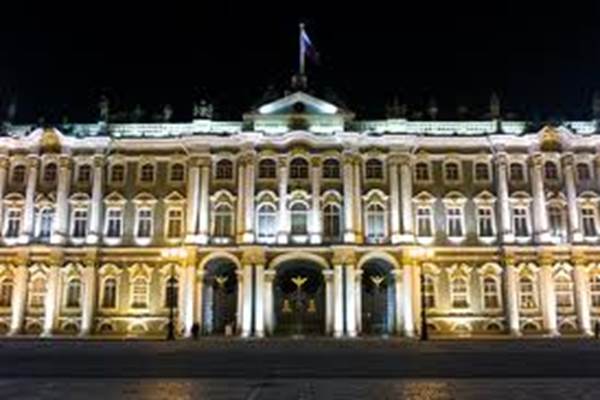 The Winter Palace is an official residence of the Russian monarchs situated between the Palace Embankment and the Palace Square, adjacent to the site of Peter the Great’s original Winter Palace, the present and fourth Winter Palace was built and altered almost continuously between the late 1730s and 1837, when it was severely damaged by fire and immediately rebuilt. The palace was constructed on a monumental scale that was intended to reflect the might and power of Imperial Russia. The alleged storming of the palace in 1917 as depicted in Soviet paintings and Eisenstein’s 1927 film October became an iconic symbol of the Russian Revolution. 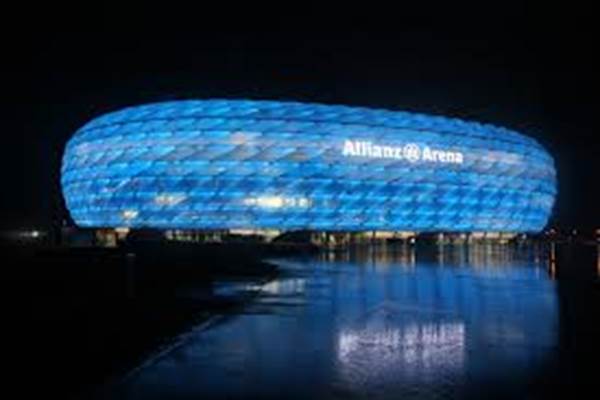 The Allianz Arena is a football stadium in the north of Munich, Bavaria, Germany. The two professional Munich football clubs FC Bayern Munich and TSV 1860 München have played their home games. 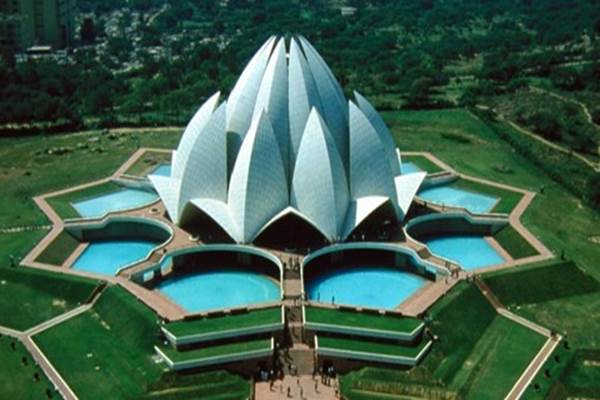 The Lotus Temple, located in New Delhi, India, is a Baha’is House of Worship completed in 1986. It is notable for its flowerlike shape, and has become a prominent attraction in the city.

Big Ben and the Houses of Parliament, London 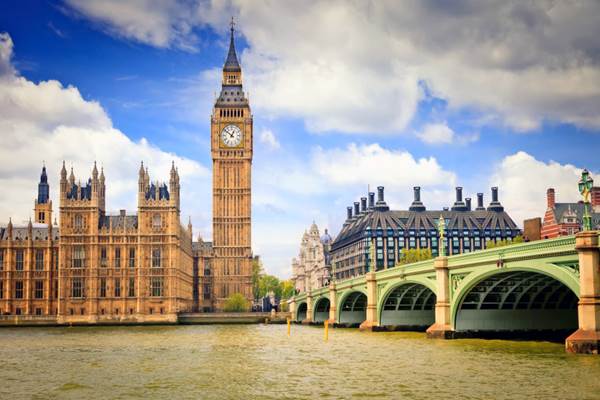 Big Ben is the nickname for the great bell of the clock at the north end of the Palace of Westminster in London, and often extended to refer to the clock and the clock tower, officially named the Elizabeth Tower, as well. 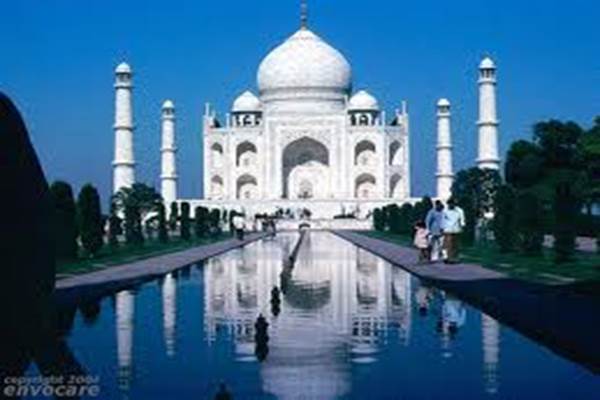 Taj Mahal is the finest example of Mughal architecture, a style that combines elements from Islamic, Persian, Ottoman Turkish and Indian architectural styles.

In 1983, the Taj Mahal became a UNESCO World Heritage Site. The construction of the Taj Mahal was entrusted to a board of architects under imperial supervision, including Abdul-Karim Ma’mur Khan, Makramat Khan, and Ustad Ahmad Lahauri. Lahauri is generally considered to be the principal designer. 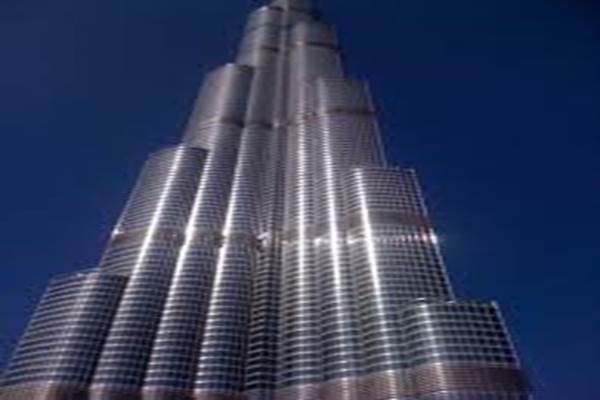 The world’s tallest building, the Burj Khalifa is primarily known as a hotel. But it’s also an office space, which means that some people do indeed go to work in what is essentially the “top of the world” amongst man-made structures. Sure, it might be topped one day, but for now, this is as exotic a place to work. 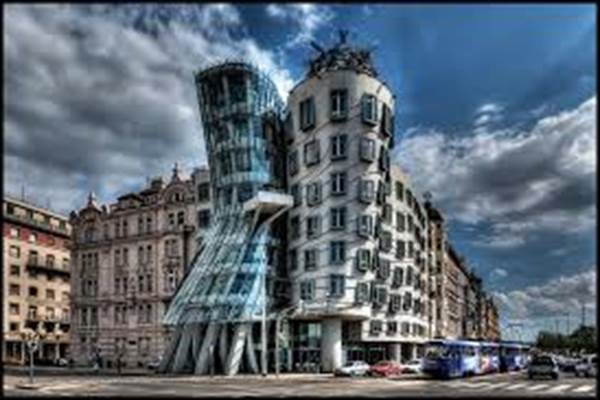 It looks like an average downtown corner office building, the architects managed to make a building look like the Dancing House in Downtown with architecture as unique as the idea of a house sprouting legs and dancing. 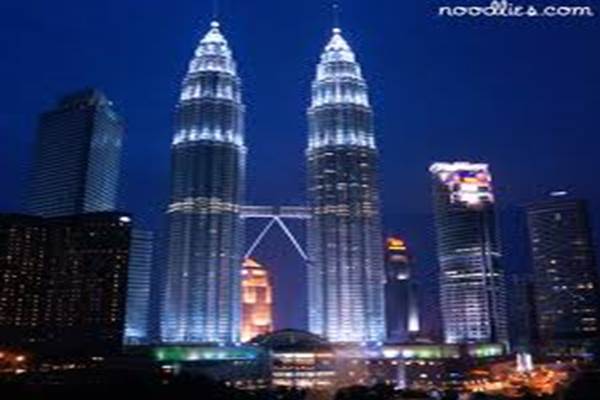 The Petronas Towers is among the world’s tallest buildings and stand almost completely symmetrical to each other – a tunnel about halfway up combines the two into something resembling a mega-structure of “Transformer” proportions in Kuala Lumpur in and of itself is an exotic.

The Library in Kansas City, USA 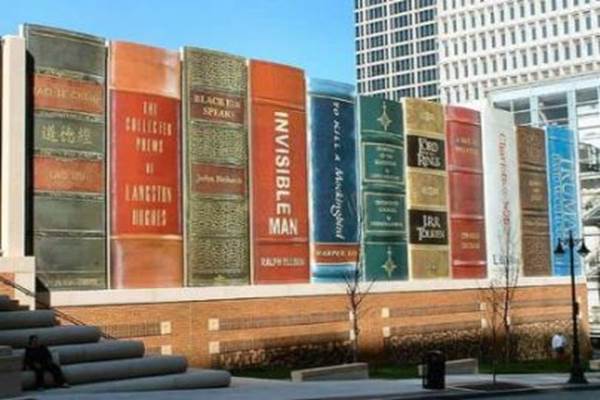 The building has won numerous awards for its uniqueness and original architecture because building a library has always been a symbol of a good public cause but creating a building in the form of a book shelf this could happen only in a country with unlimited possibilities such as USA.