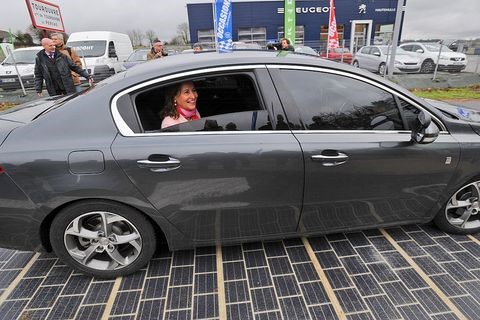 Back in May 2016, I wrote a narrative on the first solar road in the world (read here).  Looks like I was way ahead of the curve on this technology.  It is still coming but solar power inside a road seems to be a long way off.  This road has been a total flop.

Back to the drawing board.

Finally, here is a funny story.  In 2018, one week after a solar road opened in China, the panels were stolen.  Ha.  Read that article here.

If you are interested in this kind of technology and want more on where energy storage is going, read this, and watch this.  Then give me a call to discuss further.

Solar is coming in a big way for sure.  Just not yet in roads. 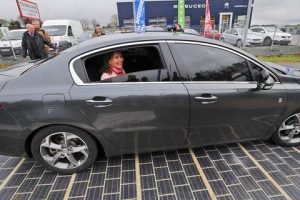 It was a solar experiment that seemed ingenious in its simplicity: fill a road with photovoltaic panels and let them passively soak up the rays as cars drive harmlessly above. The idea has been tried a few times, notably in rural France in 2016 with what was christened the “Wattway.”

Three years later, even the most optimistic supporters have deemed the Wattway a failure.

The Wattway consists of 2,800 photovoltaic panels lining one kilometer (0.62 miles) on the way to the small northern town of Tourouvre-au-Perch in Normandy. At the time of its opening its builder, the construction group Colas, part of telecoms group Bouygues, said that the solar panels were covered with a resin containing silicon, strong enough to fend off traffic even from 18-wheelers.

“The engineers of this project surely did not think about the tractors that would roll over,” Pascal and Eric, two local roofers leaning on the counter of the Café de Paris, Tourouvre-au-Perche, told the French newspaper Le Monde in 2019. While the resin coating might be strong enough to keep a big rig from crushing the solar panels, the two said that driving over it generates so much noise that locals required the road’s speed limit to be lowered to 70 km/h, or a paltry 43 mph.

Le Monde describes the road as “pale with its ragged joints,” with “solar panels that peel off the road and the many splinters that enamel resin protecting photovoltaic cells.” It’s a poor sign for a project that French government invested in to the tune of €5 million, or $5,546,750.

The noise and poor upkeep aren’t the only problems facing the Wattway. Through shoddy engineering, the Wattway isn’t even generating the electricity it promised to deliver. In 2016, the builders promised it would power 5,000 households.

There proved to be several problems with this goal. The first was that Normandy is not historically known as a sunny area. At the time, the region’s capital city of Caen only got 44 days of strong sunshine a year, and not much has changed since. Storms have wrecked havoc with the systems, blowing circuits. But even if the weather was in order, it appears the panels weren’t built to capture them efficiently.

“If they really want this to work, they should first stop cars driving on it,” Marc Jedliczka, vice president of the Network for Energetic Transition (CLER), which promotes renewable energy, told the Eurasia Times.

To power the households, the road was expected to generate 790 kilowatt-hours per day, but that failed. How? It might seem simple, but solar panels are most efficient when pointed toward the sun. Because the project needed to be a road as well as a solar generator, however, all of its solar panels are flat. So even within the limited sun of the region, the Wattway was further limiting itself.

“It confirms the total absurdity of going all-out for innovation to the detriment of solutions that already exist and are more profitable, such as solar panels on roofs,” Jedliczka told Le Monde.

For its part, Colas has admitted the project is a bust. “Our system is not mature for inter-urban traffic,” Etienne Gaudin, Colas’ chief executive of Wattway, told Le Monde. The company also operates 40 similar solar roads, smaller than the one in Normandy.

Other solar roads across the globe have faced a variety of challenges. In 2018, a week after a solar road opened in China, its solar panels were stolen.