You heard it here first (hopefully).  There is a new type of space for companies called third spaces.  Third spaces are places for local people to gather and eat, with areas for creative, cultural, and community activities. This is where ideas and startups are born.

If this concept takes off, the next wave of development will need to add third spaces into the design, and existing developments will renovate to add them.  We are seeing it happen with a couple of projects we have in Phoenix.

Renaissance Square is turning two old tennis courts into a very cool collaborative space that will include a multi-use turf field, kitchen and bar area. Here is what it looks like today and the rendering: 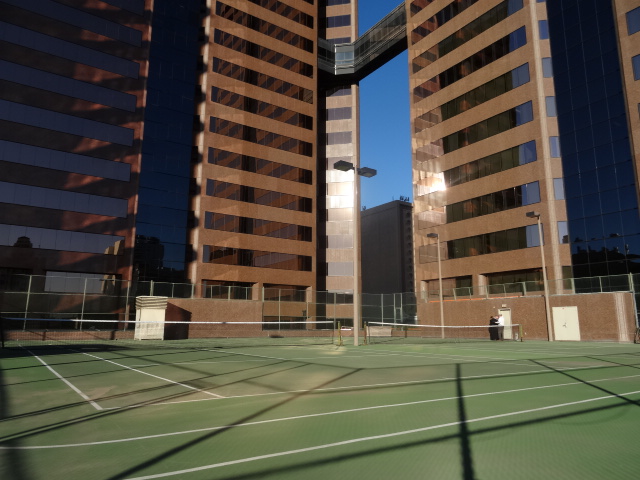 Camelback Commons took a huge gravel courtyard and added several workspaces along with games and seating areas that are right next to an onsite restaurant. 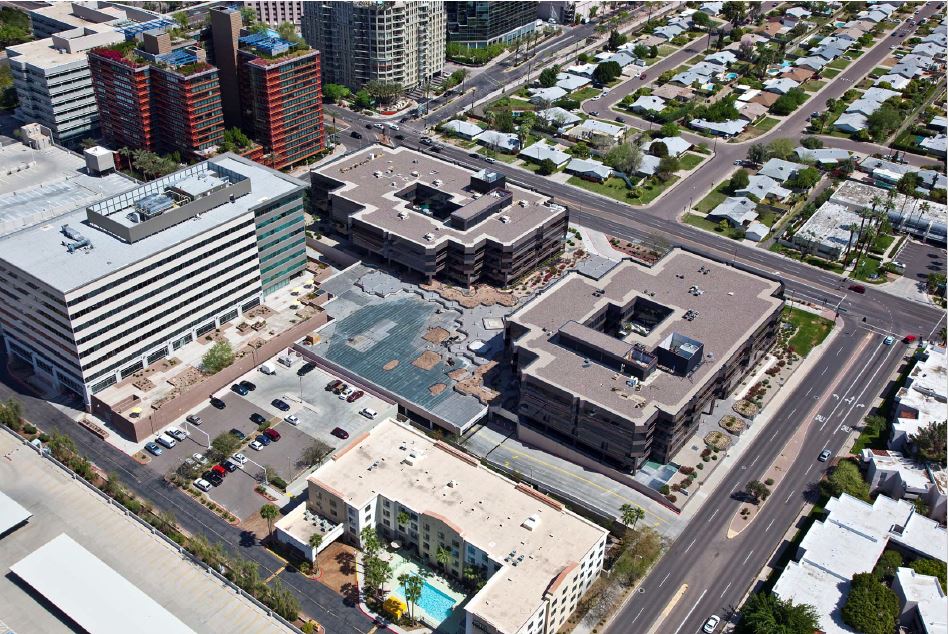 The market is changing…..and fast. We are right in the middle of it.

P.S. In part 2 of the premiere, the guys get some one-on-one time with Figtree Capital to see if they can make that special connection.Watch the video below! 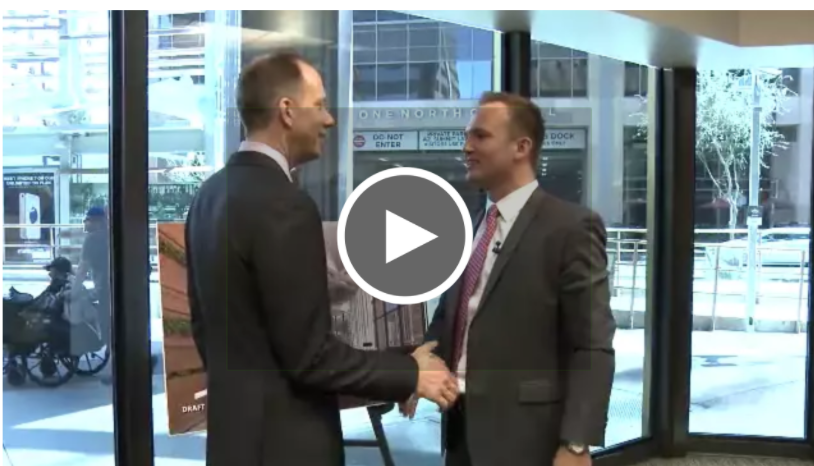 Third Space First
The quickly growing number of third spaces is good news for both the social and the urban fabrics. 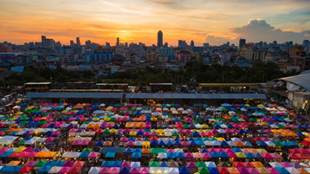 Real estate used to be quite simple. Either you built houses where people lived (first space), or you built offices where people worked from 9 to 5 (second space). What a way to make a living. Then came mixed-use development, where you combined living, working, and leisure in the same area. New York got its first mixed use-zoning districts [pdf] as late as 1997. Now it’s all about third spaces.

A local community group in Dublin gives the best and yet simplest explanation of the “third space” concept, defining third space as “places for local people to gather & eat easily, inexpensively & regularly, with space for creative, cultural and community activities.”

If we dig below the surface of that definition, there exist two fundamentally different approaches to third space, though they are united by the core concept of human interaction. One is connected to an American nostalgia about great places and the erosion of social capital. Communities need places where people can interact and nurture common values. There can be no community without common values.

The other approach is connected to innovation and creativity. Third space connotes creative places where new ideas and start-ups are born. Third places can be co-working spaces, co-creation spaces, shared spaces, community spaces, social spaces, and more. At the center of all these approaches to third spaces are creativity and the desire to foster and commercialize new ideas. Even co-working spaces put their biggest effort in community building. In an ongoing global survey of co-working spaces, nearly 80 percent say the most important feature to attract new members is community building.

In the Western Hemisphere, the number of co-working spaces is increasing rapidly every year. Oslo had ten co-working spaces last year, and we’re looking at 20 this year. Even the secretary of finance in Norway—Siv Jensen—visited a co-working space to learn about how Millennials work and play. When she visited Tøyen Start Up Village last year, she boldly stated that “the entrepreneurs are the real heroes” of our time.

Commercial real estate used to be all about building new headquarters for Fortune 500-companies—or at least for a large single user with a 30-year lease. But end users are not what they used to be. There are many users occupying a single building—drop-in users, short-term users, and maybe a few long-term users. That means developers and designers have to create third spaces both inside and outside the building, where people can interact and capitalize on the ideas brought into existence during and after interplay. Without third spaces, there is no interaction, no attraction, and there are no users.

Public places suffer in general because they don’t generate profit. Both the public authorities and the real estate developers are constantly trying to push the responsibility over to each other. The contemporary quest for third spaces is, therefore, good news. Real estate development must be urban development, literally building its business model around the third spaces. Real estate developers must scrap their Excel sheets and the old business models, or somebody else will. Professional co-workings spaces like WeWork can offer medium sized companies a shared space in larger buildings. Another example, the extensive New Lab in the former Brooklyn Navy Yard, offers a roof and creative surroundings to all the hardware geeks in New York.

Real estate is no longer about buildings, but how we use the urban fabric to create communities that are economically and social sustainable. That’s a completely new ball game for real estate developers. But it’s very good news for the rest of us.