Over the past couple years, I have spent quite a bit of time thinking, researching and writing about Commercial Real Estate Tech companies (don’t worry, I will not do another five day series this January.  Ha).

Why? The second graph below says it all.

Here are some highlights from the article:

–NYC and Silicon Valley are garnering the majority of startups, for valid reasons, the size of the NYC market, and the home of start ups, etc.

–The amount of venture capital money is less than 3% of the overall total of venture money raised.

–There is more to come as real estate is one of the last industries to be disrupted.

Thank you for all the valued feedback I get weekly.  I am continually reenergized by the emails I get and the additional comments readers provide.  I am more stoked by the business we are getting.

The Rise of Real Estate Tech 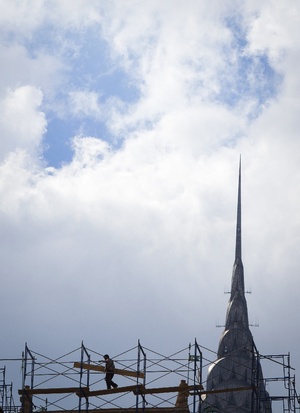 Zillow’s $3.5 billion acquisition of Trulia this summer signals the growing interpenetration of high tech and real estate. Cozy, a start-up that enables users to pay and collect rent, screen tenants, and streamline the rental housing application process online, raised $6.5 million in venture capital funding in the second quarter of 2014. New York-based Floored, which creates interactive 3-D graphics so that potential buyers and renters can explore spaces online, raised $6.4 million in the same period. And Honest Buildings, which bills itself as the “world’s leading connection engine for real estate projects,” raised $12.3 million.

In all, high tech real estate startups attracted $585.6 million in funding in 2013, according to a report from Ash Zandieh, CEO of the consulting companyRE:Tech.

The graph below, from the report, shows real estate tech start-up funding as well as total deals over the third quarter of 2012 through the second quarter of this year. 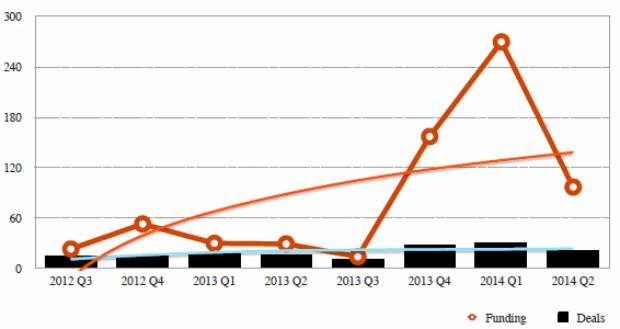 The average deal size for real estate tech start-ups grew by nearly 150 percent, from about $3.3 million in the second quarter of 2013 to $4.8 million, according to the RE:Tech study. (Zandieh says he and his company obtained their data by reaching out to partners in the industry). The vast majority of these deals—86 percent—were for early-stage startups, signaling that the industry is just beginning to heat up and attracting more venture capital investments.

Zandieh predicts the investments will only increase; the real estate tech revolution, he says, is just getting started. “Right now, there’s a flood of investment because real estate has been a laggard in adopting technology,” he says. “At this point, [venture capital firms] are putting in capital to solve issues. Really, we’re at the beginning of it. [Investment] will reach its peak in five, 10 years.”

But another report, from commercial real estate data company CompStak, suggests that real estate tech innovation may have already peaked. According to the report, which is based on data on venture capital deals from AngelList, over 100 commercial and residential real estate companies launched in 2012, while fewer than 25 were established in 2014*. 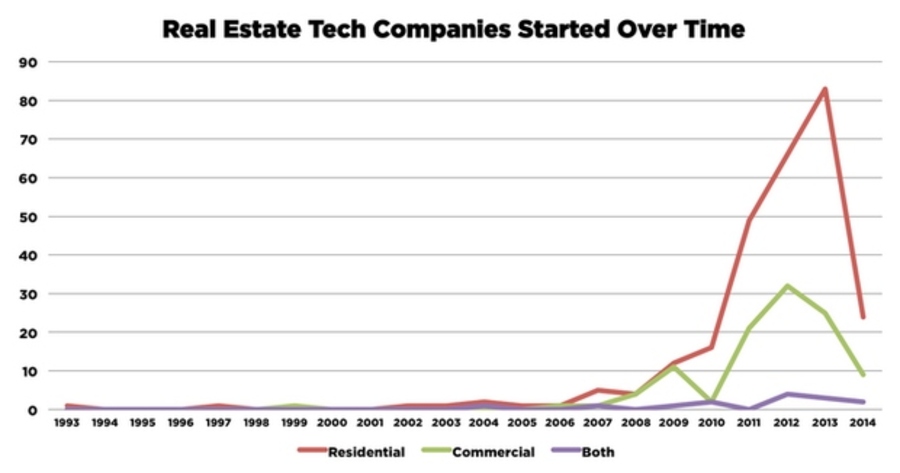 “We’ve been wracking our brains over [the commercial real estate numbers],” says Compstak’s Joe Leon. Still, he remains optimistic about the future of real estate tech. “If you think about how long it takes for a business to get going, it’s logical that we’re still in the earlier stages [of tech innovations],” he says. “There’s a lot left to come.”

The geography of real estate tech is even more telling. According to RE:Tech, it’s a tale of two cities, with more 36 percent of start-ups concentrated in New York and Silicon Valley, as the graph below shows.

New York real estate tech start-ups have grown much more rapidly than those of Silicon Valley, increasing at a rate of 78 percent each year since 2012, compared to 18.2 percent for Silicon Valley. The Valley, however, continues to be home to much larger investments, with an average deal size of $4.1 million versus $2.2 million for NYC.

The rise of real estate tech is happening in New York and the Bay Area because the former is the epicenter of the real estate industry, the latter the epicenter of technology. Having a deep base of industry talent and advanced customers of lead users can be a crucial advantage to innovative enterprises, as MIT’s Eric von Hippel’s research has long shown. And New York has already zoomed to the top of the digital media industry and related industries because of its extensive talent and expertise in these fields. It will be interesting to see if New York can supplant Silicon Valley in this new field, or if the two can co-exist side by side.

*CORRECTION: An earlier version of this story incorrectly stated that 100 commercial and residential real estate companies were funded in 2012 and 25 were funded 2014; in fact, these numbers reflect the number of such companies that launched in those years.