We are all watching and waiting to see what happens with autonomous vehicles (especially those of us who live in Metro Phoenix as we have a number of companies testing AV’s every day).  We thought they would never come, then we thought they would be here in 2020, and now… here is an update.

Turns out making the car truly autonomous is extremely hard. Why?  There are a ton of issues like:

– Some jaywalker could hold up traffic if they wanted to simply stop in the middle of the intersection.  As we all know, jaywalking in some cities is common and accepted, resulting in multiple traffic jams a day.
– Local nuances, like going 15-20 mph over the speed limit in California, are normal for us but difficult to program in AVs.
– What are the algorithms for animals as they cross the street?  Social issues abound.

The current thinking is we will see Level 4 autonomous cars (can drive hands-free except in cities and traffic) within the next 5 years.  Total automation?  Who knows – probably at least a decade.  Your kids who thought they would never have to learn to drive, just might need to get their driver’s license after all. 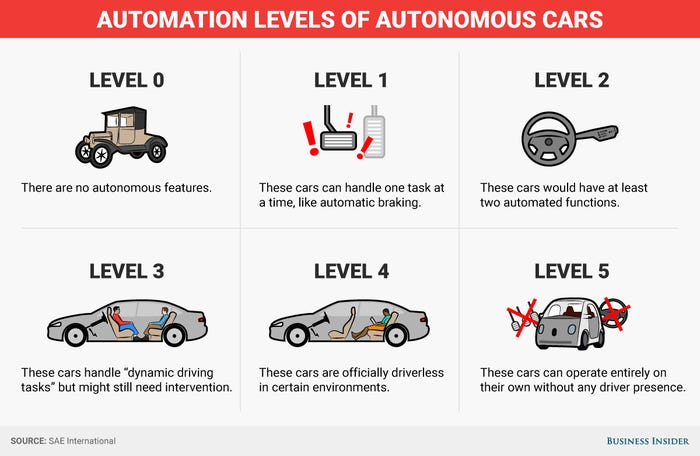 If this topic interests you, I have a couple other narratives you can read here and here. Give me a call if you want to discuss them further!

How Jaywalking Could Jam Up the Era of Self-Driving Cars

By Eric A. Taub 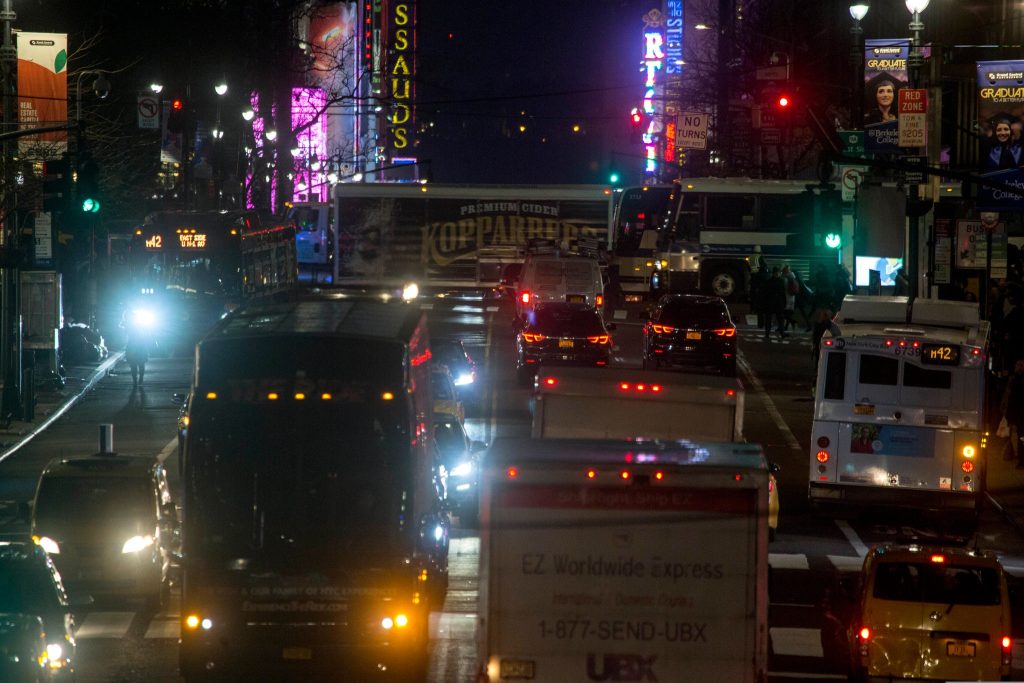 Or Los Angeles freeways without speeding, or Moscow without grinding traffic.

If self-driving cars are going to move forward, these are among the many possibilities that the people dreaming up the future of cities will have to consider.

In New York, the unwritten rule is plain: Cross the street whenever and wherever — just don’t get hit. It’s a practice that separates New Yorkers from tourists, who innocently wait at the corner for the walk symbol. But if pedestrians know they’ll never be run over, jaywalking could explode, grinding traffic to a halt.

One solution, suggested by an automotive industry official, is gates at each corner, which would periodically open to allow pedestrians to cross.

That prospect seems as likely as never-late subways. But it’s an example of the thinking by those who worry about planning for the future.

“With autonomous vehicles, the technical stuff will get worked out. It’s the societal part that’s the most challenging,” said Mark Rosekind, a head of the National Highway Traffic Safety Administration under President Barack Obama and now the chief safety innovation officer for Zoox, an autonomous vehicle developer.

[Despite high hopes, self-driving cars are “way in the future.”]

The variables are almost limitless. While Manhattan poses a pedestrian problem, California’s highways raise another.

The solution may be to program vehicles based on the local customs. In California, keeping up with the flow of freeway traffic typically means driving 10 to 15 miles an hour over the posted limit, whereas drivers in some parts of the East stay much closer to the legal speed (emphasis on some).

Self-driving cars represent “the single-most transformative societal change in decades,” Mr. Rosekind said. “We have to be ready for it.”

How society will adjust, or what we can do to mitigate cultural upheavals, is just beginning to be discussed. Today, there are few answers.

Autonomous vehicles are classified by six levels, from zero to five. Fully autonomous, Level 5, vehicles will not be available for 10 years or longer, Mr. Rosekind believes, and only after they’ve been tested for billions, not the current millions, of miles.

But a Level 4 autonomous car that can completely drive itself under certain circumstances will come to market in five years or less, experts say. And that makes the formulation of new rules for cities and citizens imperative.

Those rules are being contemplated by such organizations as SAE International, a transportation standards-setting organization; university transportation departments; and Partners for Automated Vehicle Education, a recently formed industry and academic coalition that is conducting autonomous vehicle demo days, workshops and other activities.

The federal government, while supporting the effort, is not leading the charge. An administration official, who spoke on the condition of anonymity, said local officials should tailor any guidelines.

While news media attention has recently focused on the handful of deaths caused by autonomous vehicles, education is needed to convince people that the self-driving cars will be much safer than today’s cars and trucks, which kill more than 30,000 people every year in the United States, Mr. Rosekind said. 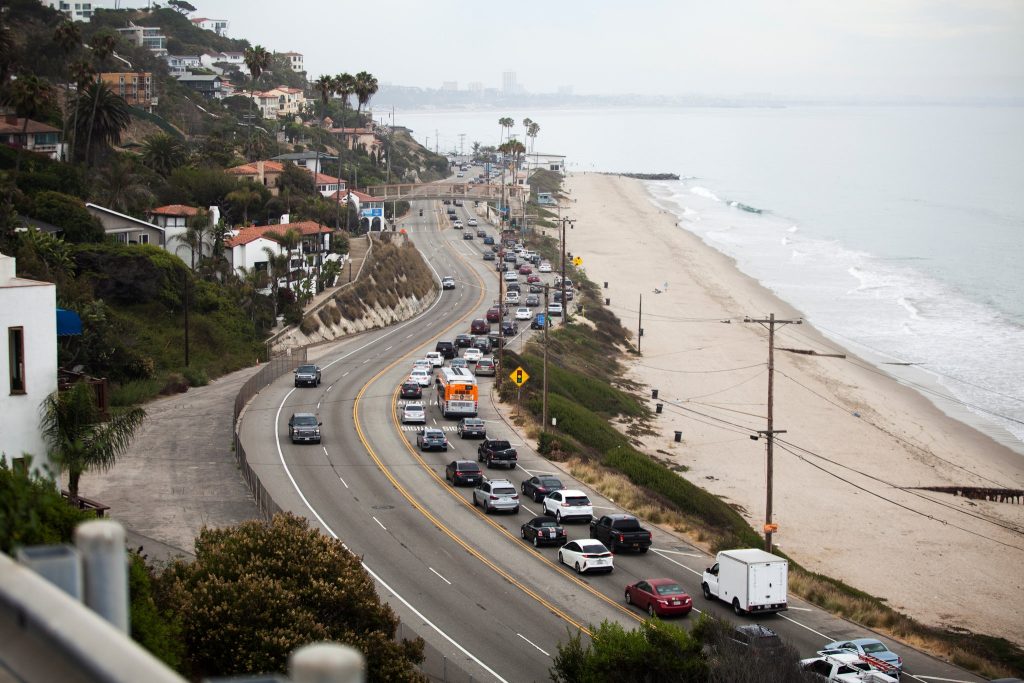 “It’s going to be a mosh pit for the next 30 years,” said Gregory Winfree, director of the Texas A&M Transportation Institute and a former assistant secretary at the Transportation Department.

“The question is how we operate collaboratively when we have a mix of self-driving and manually driven vehicles,” he said. “What will happen when both approach a yellow light and the A.V. slows down but the driver of the regular vehicle wants to speed up? From Day 1, we have the potential for conflict.”

Autonomous vehicles could be designed to never exceed the speed limit except in emergencies, resulting in a sharp drop in traffic tickets — and revenue. Or local governments could mandate that such a car’s software be programmed to stay within certain speed limits, or stay off residential streets that are now used as freeway-avoiding shortcuts.

Cars could be programmed to drive aggressively as well as conservatively, depending on the owner. But if two “conservative” vehicles meet at an intersection, which one will finally decide to cross the roadway?

The problems will be worst when autonomous and manually driven vehicles occupy the same roads; will a driver try to outwit a self-driving vehicle, or will that car always have the advantage?

Given that vehicles are typically kept for close to 12 years, it will be decades before the majority of the 278 million standard vehicles — and their independent and unpredictable drivers — are off American roads.

Until then, it’s possible that self-driving cars will need their own lanes, to avoid mixing it up with cars driven by humans, whose errors now account for 94 percent of vehicle crashes.

Other potential changes include a reduction in the need for parking lots, once autonomous cars can simply park themselves anywhere, or circle around until they’re needed. Architects are working on parking lot designs that can be repurposed into offices.

And cities will need to find new sources of revenue if an autonomous vehicle can drive away from a parking meter once it expires, or never park at all.

Some of the safety issues are expected to be mitigated by the inclusion of vehicle-to-vehicle, and vehicle-to-infrastructure, communications, technology that will allow one vehicle or traffic light to tell another vehicle where it is and what it is about to do. This so-called V2X technology is beginning to appear in some models, but the federal government will not mandate its use.

The administration official said the government would not force the issue.

Within the next several months, SAE International expects to have formulated a list of autonomous-vehicle standards. They include autonomous testing protocols for drivers, as well as the standardization of the placement of emergency stop buttons, the action that should be taken in case of an emergency, and the type of warning that pedestrians should receive when an autonomous vehicle is approaching.

Industry executives expect that in the next few years, the public will begin to see self-driving vehicles operating in limited environments, such as people movers and delivery vehicles. (Lyft is testing self-driving vehicles in Las Vegas and Phoenix, with a human backup ready to take the wheel.) Their hope is that public sentiment toward autonomous cars will become more positive thanks to education efforts, and once people can buy them.

And as more old-school cars fade off the roads in favor of the self-driven ones, it’s possible that vehicle flow could be adjusted more dynamically, based on the number of pedestrians present, said Chris Gerdes, the director of the Center for Automotive Research at Stanford University and a former chief innovation officer for the Transportation Department.

“We may be able to locate crosswalks at different locations,” he said. “A.V.s may be able to sense the presence of pedestrians and slow down when needed.”

“We need students educated in art and design to get involved in the future so we don’t get antiseptic cities,” said Frank Menchaca, SAE’s chief product officer. “We need things to be aesthetically pleasing. We have to bring people along.”

An earlier version of this article misstated Mark Rosekind’s title at Zoox, an autonomous vehicle developer. He is the chief safety innovation officer, not chief safety administration officer. The article also misstated the name of a transportation standards-setting organization. It is SAE International, not the Society of Automotive Engineers.