This narrative typically talks about office space leases, trends and all things commercial real estate.  Today, I wanted to talk about how we have thrived over 35 years in an incredibly tough business.  It’s pretty simple — we build deep meaningful relationships with our clients. How do we do this?

We have a number of non-negotiables including:

}
–Finish what you start
–Show up on time
–Say please and thank you.

(I learned these from Dan Sullivan and The Strategic Coach over 25 years ago and they are the cornerstone of who we are).

We also do a lot of what Elizabeth Bernstein talks about below about building relationships.  Here are a few key points she makes:

We would like to build a deep meaningful relationship with you and your company.

Call or email me and I would love to set up a meeting.

The Best Relationship Advice of the Year
Top suggestions from readers include spoiling your partner, listening, assuming the best and knowing when to chuck it all. 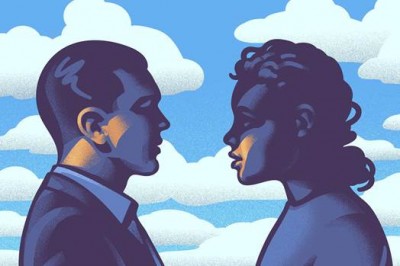 I receive thousands of letters from readers of my Bonds column each year, and many offer hard-earned relationship advice. Much of it is excellent and inspiring. One reader says she is mindful not to compare her life to characters in movies—or to friends on Facebook. Another says he always tries to say something positive instead of negative. A third recommends giving people “a gift” of attention without expecting anything in return.

This year I’ve decided to share the bounty. Here’s the best advice I’ve heard from readers this year.

Listen, Breathe, Listen
Steve Miksis, a 66-year-old accountant in Santa Rosa, Calif., believes there is no greater gift than genuinely listening to a person, without interrupting or judging or inserting your opinion. And so he works hard at being a better listener.

He employs a technique he learned when he was mountain climbing on Mount Whitney in California. While descending a particularly harrowing passage, he felt panic rising. He thought of an article he’d read about how the Marines train their snipers to “plan, breathe and execute,” because deep breathing dissipates cortisol. Then he plotted out his next step, sucked in a deep breath, and took it.

Bonds: On Relationships
Now, he reminds himself to “just breathe” when he is listening to someone, especially when he starts to feel defensive, or triggered to react. As he takes deep breaths, he says, his hearing sharpens, he becomes more attuned to non-verbal cues, and he feels more emotionally open to what he is hearing. “That breath stops time—it gives you a space and it gives the other person a space,” he says.

Assume the Best
Too often, we jump to conclusions and assume the worst about a situation or a person’s intentions. (Think of how you feel when someone doesn’t return a text or call—Is this person angry? Rude? Dead in a ditch?) Don’t do this.
Geoffrey Greif, 68, a professor at the University of Maryland School of Social Work who lives in Baltimore, says he learned this tip through his work, which is focused on finding the strengths in others. If he is not sure what someone thinks about him or what the person means by what he or she said, he tries to assume it is positive. This helps him to feel calm and steady. And it keeps him from entering into the discussion on the defensive, he says.

The tactic comes in handy with colleagues, students and his wife of 43 years, who is also a professor. Dr. Greif says both he and his wife often get absorbed in their work and can sometimes ignore each other. “If we each assume the lack of responsiveness has nothing to do with our relationship and more to do with a love and commitment to our work, the better off we are,” he says.

Prioritize Your A Team
Everyone’s busy. We need to consciously make time for the people we love.

Lo Myrick, 30, a business consultant in Charlotte, N.C., thinks of the people in her life as belonging to teams or squads. Her “A” squad is made up of her closest friends and family, her “B” squad is “friends and professional network” and her “C” squad is made up of acquaintances. This approach helps her prioritize and make sure she sees the people she is closest with in person often enough. She also stays in touch with everyone via phone, text or social media.

Mutual Spoliage
Kevin Caron, 57, a sculptor in Phoenix, says he and his wife compete with each other—to see who can be nicer. The couple, who has been married 25 years, calls this “mutual spoilage” and even has a flag with the phrase on it, in Latin.

Here’s how the concept works: One spouse spots something that needs to be done—emptying the dishwasher, taking out the trash, doing the laundry—and does it before the other person does. The tasks may be mundane, Mr. Caron says, “but each is a small act of love and respect.”

The only rule: You can’t point out what you did. (That would be asking for credit.) “The silence is part of the fun,” Mr. Caron says. “And we all benefit, including the dog and the cat.”

Be Easy to Love
Relationships can be stressful. You need to consider your role in the situation, says Margit Sylvester, 46, a civilian police supervisor in Cary, N.C.

She gives examples: “Boss snubs his/her nose at you upon first greeting of the day? It’s not all about me!” “Left a message for a friend and they haven’t responded? Don’t jump to conclusions which would suggest there’s something wrong with me or the relationship.” “Hubby not a naturally romantic guy? Learn to recognize the ways in which he expresses his devotion and tell him out loud how much you appreciate it.”

“Everyone is on a journey that only they can fully recognize,” Ms. Sylvester says. “Don’t make the mistake of filling in their gaps with your story.”

F— it Bucket
Life can be overwhelming. Not everything is worth worrying—or even thinking—about.

To file away “the trash,” 81-year-old Don Nelson, a retired president of a security-systems company in Falmouth, Mass., has created a mental bucket. Then he sorts his information, addressing issues that are important—his wife’s decline from Alzheimer’s or charity work, for example. Everything else? “F— it and into the bucket.”

What’s in there? Everything political that is harsh and nasty. (“It’s a good thing the bucket has no bottom in today’s scene.”) News of tragedies that are upsetting but he can’t change. And sports. (“The Red Sox blew the game? Into the bucket. They play again tonight.”)

“Give it a try,” says Mr. Nelson. “It’s like cleaning your mental closet.”