Our fourth quarter 2013 Office market absorption numbers came out last week. A short summary: We are making progress but absorption fell below expectations. We concluded the year just under 1.3 million SF of net (not gross) absorption. Net absorption is the true measure of a market’s performance. The net absorption in 2013 was down 36% from 2012, however, we beat the 1 million SF benchmark figure showing we are growing but at an anemic pace.

Here is a link to the Q4 2013 Office Market Report. These are my top four takeaways:

2.       There is 643,000 SF of office product under construction (SkySong 3, Allred Park Place, Go Daddy and General Motors). This time last year we only had 68,000 SF under construction. All of these projects had preleasing or were single tenant build-to-suit.

3.       Aside from select submarkets like Tempe, Downtown Phoenix, South Scottsdale and Chandler, rental rates remain flat and competition for tenants remains fierce. Once our market-wide vacancy dips below 20%, the playing field will begin to change.

4.       Office Sales Volume for Q3 and Q4 was four times larger than the consideration in the first half of the year. Sales prices continue to range all over the board due to product type and rent roll. Our Q4 report shows average sales price/SF is down, but this simply reflects more class B properties sold versus class A. We are seeing values generally increase in each class. Craig and I have a good pulse on the sales market after negotiating the largest sale transaction of the year when SkySong I&II traded back in August. Call us anytime to discuss cap rates and deals in the market.

With some wind (net absorption) at its back, Phoenix will, hopefully, get closer to that 20% vacancy mark in 2014. The buzz created in 2013 by major companies like State Farm, GoDaddy, Webfilings, InfustionSoft, and General Motors help give me a positive outlook for this year.

P.S. I just got the below from Elliott Pollack and thought you should see it. Until we see robust job growth and strong in migration, we will continue to have slower than normal office absorption.

The Census Bureau released population data for the year ending July 1st.  It shows what most people already intuitively knew.  Population flows are anemic.  Arizona population was up 1.2% or 75,475 for the year.  Indeed, population flows have been weak for the past 6 years (see attached table). Slow population growth means fewer than normal housing starts.  Over time, population will grow again.  But, as of now, even though Arizona is the 3rd most popular destination for domestic migrants and 18th for international migrants, the total number of people moving nationally and internationally to the U. S. is about half of what it was at the peak. – Elliott D Pollack & Company, January 6, 2014 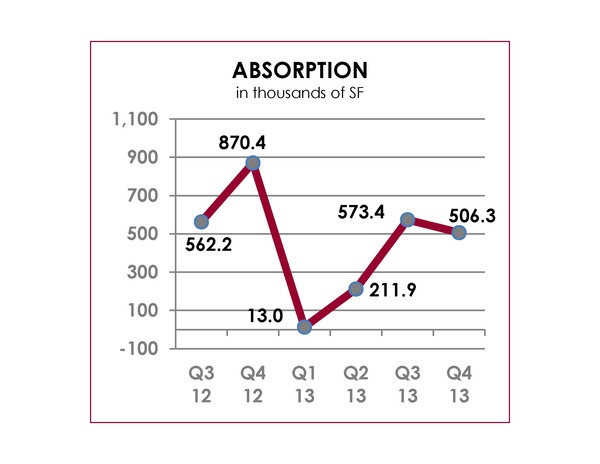 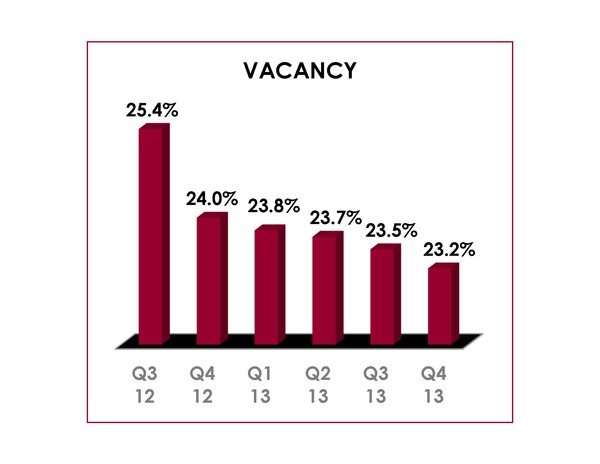