The world ebbs and flows…the job market is going from being tight to soft. That is a cycle. The young people who have joined the workforce after 2008 have never seen a recession. It looks like one is coming, meaning many of the jobs they took for granted will disappear.

A good article from the WSJ below shows how this change might look.  I can tell you the CEOs that we work with have been looking for some kind of correction for a while. The time to get ahead of this is now.

602.954.3762
ccoppola@leearizona.com
PS – I was a recent guest on the Life Bridge Capital podcast. Click here to hear about the shifting real estate market, a few lessons I have learned over the years, and how investors can adapt to changes.

Workers Don’t Feel Quite as Powerful as They Used To

Becca Smith will be back to work in no time.

Laid off from her sales position at a startup a couple of weeks ago, she says she’s received more than a dozen inquiries from recruiters in response to a LinkedIn post about her job loss.

Yet something has changed since the 40-year-old Indiana mother started at her former employer last summer. Back then, she was determined to work from home—and felt sure she could get her way. She also had the confidence to join a fledgling business amid a roaring economy.

“I will give priority to larger, more-established companies for this job search,” says Ms. Smith, whose old company was venture-funded and cut about one-third of the team to conserve cash. She adds she’ll consider reporting to an office part time. She’d also like her next job to involve selling a product customers need even in bad times, rather than a luxury that could get cut from the budget when money is short.

Though the labor market remains tight and many people still have leverage to negotiate high salaries and remote accommodations, some are bracing for a day when things won’t be so great. As unemployment claims tick higher and business leaders like Elon Musk try to reassert their in-office dominance, workers are showing a little less swagger and looking for more stability than they did just a few months ago.

It’s a strange limbo. Working conditions are about as good as they’ve ever been for many people, and office workers’ complaints can seem petty by historical standards. (Imagine your 2019 self griping about being required to work in an office a few days a month.) Yet a loss of total remote freedom, coupled with sobering economic forecasts, can make it feel like workers’ power is slipping away.

Some companies sense the change and are wresting back more control over how much they cater to employees.

Boston Properties Chief Executive Owen Thomas says his tenants are growing bolder about office callbacks. The national office occupancy rate hit 44% last week, according to an estimate by Kastle Systems, which tracks building-access-card swipes. That’s the highest since the onset of the pandemic.

Employers’ fear that workers will flee for other jobs if told to return to their desks is beginning to subside. 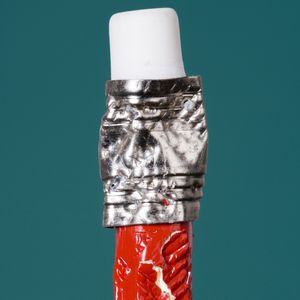 “Some companies are doing layoffs, and that puts pressure on people to get back to the office and stay closer to the senior leaders,” says Mr. Thomas, whose firm is among the largest commercial landlords in several major cities.

Treasury Secretary Janet Yellen has said repeatedly that she doesn’t expect the U.S. economy to fall into another recession. Such reassurances wouldn’t seem necessary if not for credible concerns, however, and it might not take the R-word to spook workers.

Career coach Phil Rosenberg says his calendar is filling up with clients who worry it’s now or never—or not for a while, at least—to snag a job with the pay and flexibility they want.

“People are trying to land before the next downturn,” he says.

Luis Caballero, one of Mr. Rosenberg’s clients, says he’s relieved to be starting a new position as a marketing executive next month.

He left a large company in late 2020 with a big enough severance package to support his family for two years, by his estimate, and initially wasn’t in a hurry to find his next long-term fit. Why would he have been?

“Companies were desperate for senior leadership,” says Mr. Caballero of the record numbers of workers who have quit or switched jobs over the past 12 months. “Several friends of mine were writing their own ticket.”

Mr. Caballero, 50, took what he describes as a short-lived “rebound” job last year but quit in February. Searching anew, he says the market “was not the gold mine I had heard about.” Many high-level roles paid less or had heavier workloads than he anticipated.

Mr. Caballero says he accepted an offer that met his expectations—with one major compromise. He’ll drive 10 hours round-trip from his home in Arizona to an office in California, staying over a night or two, to satisfy a requirement to work in person a couple of days a week.

Taking a new job can be risky in the event of a downturn. Some businesses take a last-in-first-out approach to downsizing. As the pandemic fades, companies that grew quickly when people were mostly homebound could cut back as life normalizes. Peloton, Netflix and Carvana already have laid off staff this year.

“If I’m a job seeker these days and I’m smart, I’m considering the business: Is it a business that just developed because of Covid?” says Stacie Haller, a career counselor at ResumeBuilder.com.

For now, though, the labor market still favors workers, especially in certain industries, she says.

Competition for talent remains intense in biotechnology, with candidates often able to pick among several offers, according to Jean Sabatini, head of staffing at Tango Therapeutics in Cambridge, Mass.

Tech workers, too, enjoy considerable bargaining power, though some have been humbled by the sector’s volatile stock-market performance and shrinking venture-capital pool in recent months, says Allan Jones, founder of an HR software startup in Los Angeles.

The hiring dynamic for most of the past two years has been “bonkers,” he says; prospects frequently Zoomed into job interviews with a confidence bordering on arrogance and scoffed when told that Mr. Jones’s company, Bambee, is office-centric.

Lately, the conversations have changed.

“Now, what candidates are asking is if the company has the financial posture to survive a recession,” he says. “It’s quite telling. They’re thinking about security over flexibility.”